Who Does God Use? 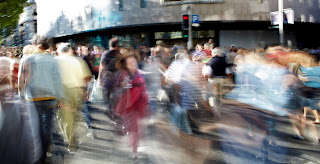 Who Does God Use?

I love it in James 5:17 where James says that Elijah was a man just like we are… that’s HUGE as far as I’m concerned.  We have a tendency to place Biblical characters on a high, untouchable pedestal in glowing robes with backlit hair to show off their glowing halo; I am convinced that is wrong for several reasons.

First of all, the glowing pedestal perspective implies that Elijah, Moses, David, Peter, etc. had special “powers” of their own rather than revealing the power of God working through them, and that, after all is the most important thing that we should see and remember.  Elijah was a man JUSTlike we are, it was God’s power that made him special.

The second reason I think it is wrong to place Biblical characters on a pedestal is that in doing so, it makes it too easy for us to believe that God could never use us because we’re not Joshua or Elisha or even James; what blessings we miss if we believe that.  Some of my favorite stories in The Bible are the ones where God chose the LEAST powerful people so that HIS power would show through.  Let’s take a quick look at The Bible from the 30,000 foot level to see a beautiful recurring theme that runs through both Old and New Testaments.  Read about Gideon, the least in his family, who were the least in their tribe, that was the least of all the twelve tribes of Israel, how he lead 300 men against 130,000 soldiers and won.  Read about a little boy that killed a giant that the entire Israelite army was afraid of; if you think that story showed little David’s prowess with a sling, you miss the point that the stone was powered by God. Shadrach, Meschach, and Abednego in the fiery furnace, Daniel in the lion’s den etc. etc.  It was their willingness to take a step in faith, to be faithful to God even though they knew that they couldn’t do it themselves.  Even the Israelite people themselves were chosen NOT because there was anything special about them (though Abrahams righteousness did have something to do with it) but they were chosen to be a city on a hill to show God’s greatness through them.

Finally, unless we recognize the “humanness” of these folks we can’t see the story through their eyes.  I have always loved history.  Not because I love dates, times and events, but because I love to know what other people have gone through and experienced.  When we recognize that the individuals in The Bible were real people, that they lived, loved, laughed, that they got embarrassed, that they had good days and bad days just like us, then you can get a whole new perspective as you read through The Bible.

Ultimately God uses those who have enough faith to allow themselves to be used by Him.

I hope you have found this helpful.  I’ll be honest, I need your feedback to keep motivated, so if you have any questions, or comments or you just found this helpful, please leave a little comment... And don't forget to check out my website http://theminutebible.com

Thanks
The Minute Bible Guy

Speaking of Elijah, Here are links to The Minute Bible's  summary of First AND Second Kings

Posted by The Minute Bible Guy at 2:30 PM